Dine in the Dark Taste Sensation in Fade Street Social 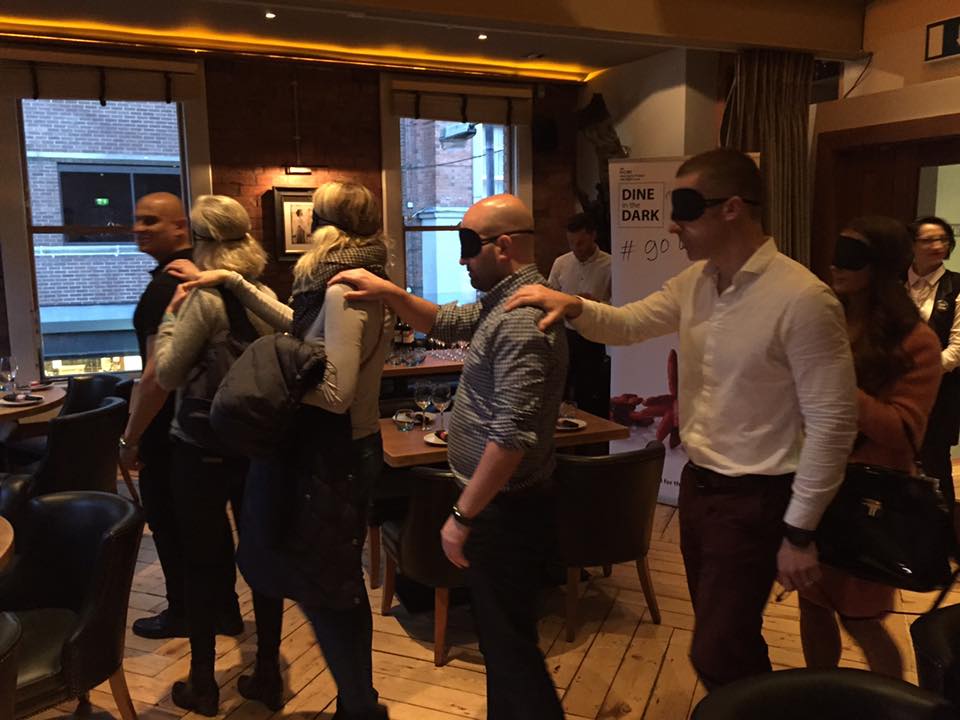 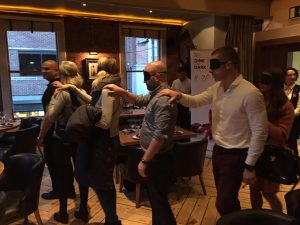 Monday night, the 10th of October, guests arrived at Fade Street Social by Dylan McGrath for the National Council for the Blind of Ireland’s Dine in the Dark Taste Sensation event.  The guests arrived excited yet disconcerted and some slightly nervous.

On arrival, the guests were shown their Taster menu for the night. The menu was in braille, so there were no clues given. They were fascinated, touched the Braille and many took photos. The guests were not allowed to see the room which they would be dining in. This meant they had no bearing on their surrounding whatsoever when they were brought into the room.

The guests were blindfolded at the door and led into the room by our lovely blind hosts, Raheem, Nadine and Amie. They hesitantly put their trust completely in the hands of our blind hosts.

The guests were seated; they ate and drank without their sight. Not only did they have to concentrate on the simple things like not knocking over their glass, but they had to communicate with the table. This means not being able to see anyone’s reaction when you crack a joke and of course, not being able to look anyone in the eye. Not only that, but the guests had to try harder to stay present. 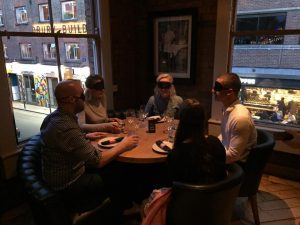 So instead of nodding in agreement they had to speak. Finally, no one could take solitude in their phones, they couldn’t zone out of the conversation to check their phones. However, this may be a positive as the guests had to sit, listen and talk without digital distraction, which is fantastic.